Departure and arrival will be in Buggerru, a small centre of approximately a thousand inhabitants, marked by an important mining past. Buggerru is located on the south-western coast of Sardinia, in the area called, Iglesiente. The village and the surroundings, offer impressive panoramic views, thanks to the location in the Malfidano canal, an outlet to the sea from which also the name of the main local mine derives. 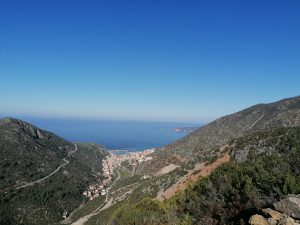 In its territory there are some breathtaking seaside landscapes with coves and beaches, such as Portixeddu, Is Compingius, Is Compingieddus, San Nicolò, Cala Domestica. Worth to be seen as well Grotta Azzurra with crystal clear waters passing through it. There are many scenic spots nearby, such as Punta Nido dell’Aquila with its cliffs (over 35 m) and sea stacks.

Built in the last decade of the eighteenth century, it represents a rare example of mining archeology in size and structure. In 2005 it was completely renovated and is currently used as an aggregation center.

Inaugurated on March 18, 2013, on the occasion of the centenary of the death of four young sorters, victims of a landslide during working hours, the square is characterized by the monument created by the famous Sardinian sculptor Pinuccio Sciola. It is made on a stone base and rises with four stems, that symbolize the four young victims.

Located in the Via Marina near the Port, the Miner’s Museum is spread over two floors of a building that was once used as a mechanical workshop and carpentry. The building has been restored and has kept the ancient structure intact with lathes and milling machines in their original position. 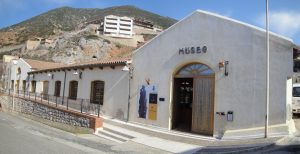 In 1904, during the so-called “Uprisings of Buggerru”, the carpentry became the scene of the revolt. Upon arrival of the soldiers requested by the director of the Malfidano mine, the miners took this building as a reference point. The building was therefore chosen as the ideal place to host a museum of Buggerrus memory and identity.
The Museum is divided into two sections: on the ground floor, at the entrance (where the Mechanical Workshop once was), a Civic Museum has been set up which tells the story of the town of Buggerru. The section dedicated to the mine is quite extensive, with the reconstruction of common spaces and exhibition of old tools and machinery; there are also glass cases containing minerals and fossils from the area. On the walls there are interesting didactic panels relating to the mine floors or sections, but also ancient documents and photos from the mining past.

In the location of Planu Sartu, above Buggerru, the most important mining facility is undoubtedly the Henry Gallery. 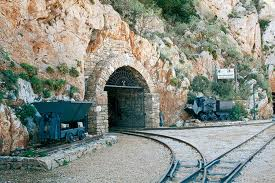 Excavated in 1865, it allowed the transport of minerals by rail from underground construction sites to distant washeries. Located 50 meters above the sea level and above the centre of ​​Buggerru, it is about a kilometer long. This tunnel carved out of the rock is impressive: the size was determined by the use, in 1892, of a steam locomotive. This, thanks to a modern railway network, supplanted in a flash the slow and expensive transport by mules. The gallery is a sort of suggestive labyrinth: made safe, illuminated and equipped with indications, it is now accessible to visitors. Its uniqueness is constituted by a perpetual connection to the sea cliffs by means of minor galleries and walkways carved, like ideal windows, in the rock. Thanks to these openings, you may enjoy suggestive glimpses of the coast overlooking the sea.

Located in an area of about 22,220 hectares, the area of the Parco Naturale Monte Linas, Marganai-Oridda, Montimannu is included in the municipalities of Domusnovas, Fluminimaggiore Gonnosfanadiga, Iglesias and Villacidro. This is an area which develops mostly on a mountainous territory morphologically various, distributed among Monte Linas (granite massif) and Marganai’s calcareous massif, between which lies Oridda’s plateau, where it grows the ilex forest of Montimannu. A structure of this kind, together with the action of the weather, has allowed the creation of natural environments very different between them and charming: in granitic areas you can see numerous gorges and waterfalls, while calcareous areas water infiltration has allowed the development of underground rivers and the consequent formation of many caves. Everything is covered with luxuriant forests of holm oaks in the higher areas, cork oaks in low ones and the typical Mediterranean vegetation growing on the ancient rocks (among the oldest in Italy), which guard the signs of mining activity that has for centuries characterized this area.

Su Mannau
The caves of Su Mannau, near to Fluminimaggiore, and particular for the large karst complex arisen in the Cambrian period, are among the oldest in the world. Of great archaeological and caving interest, the cave is divided into two main sections, on different levels, originating from two underground rivers: the Placido river on the left and the Rapido River on the right. The total length of the cave is 8 kilometers and the highest point is 153 m. The area which can be visited by the tourists is made up of several rooms decorated with concretions, stalactites and stalagmites, columns that rise up to 15 m, aragonite crystals, underground lakes. The first room has a great historical significance for the links found with the nearby Punic-Roman temple of Antas. The ancient Sardinian populations went to the cave of Su Mannau to practice water cults, testified by the discovery of fragments of votive oil lamps. The siphon and the ducts are hardly visible because they are often under wather.

The territory offers as well some archeological remains of the prehistorical local civilisation and a temple dating back to the Carthaginian-Roman time, known as the temple of Antas. The temple is situated in a very seductive valley, a few km from Fluminimaggiore and was dedicated to a local divintiy, called Babai (Sid Addir for the Carthaginians and Sardus Pater for the Romans). The medium and long distance race pass through this site!

Sa Duchessa
Declared discovered in 1870 and located in the north of Domusnovas, it is a mine of zinc, copper and silver lead extracted through a system of wells, tunnels and trenches and transported to the laundry to be treated. The mine is located in the south of a metamorphic ring generated by the intrusion of Hercynian granite on the Cambrian limestone. The mineral characteristics of Sa Duchessa are, like others in the area, of magmatic origin.
From after World War II the low productivity of the mines generated the crisis that led to the final closure in 1971.
The walk to reach the different sites provides a spectacular climb through narrow scenic trails, which come to the ruins of the village of Sa Duchessa de Pitzus.
During this walk you will meet many testimonies of mining activity, among which we mention: a long inclined plane, many entrances to tunnels, dumps and various ruins.

Arenas
The mine of Arenas is situated at the confluence of three different valleys: the first one starts from Fluminimaggiore, the second one from the temple of Antas, the third one from Domusnovas.
Of particular interest are the washer of Genna Carru, a large complex of buildings, close to each other, which includes the same washer, the power plant, chemical laboratories, workshops, storage rooms, showers and other minor buildings.
The facilities of laundry are intact and the gears of the machines in some cases still work.

Malacalzetta
Inserted in a large wooded area, in the mine of Malacalzetta there were extract lead and zinc. Accessible from the SS 126 that goes from Iglesias to Fluminimaggiore, about 5 km there is a road through the village of San Benedetto and continues, through a very suggestive, until the installation located at the foot of the Punta Campu Spina.
The story of the mine involves numerous changes of ownership, integration with yards of Arenas, the transition to public management and finally closing and the final abandonment in 1986.
In the valley there is a clearing where there are placed the dormitories for the workers.
While in the tree-lined square there are the remains of the village with the management, the offices, the infirmary, the cellar and the circle, variously preserved.
The mine is part of the Geo-mining Park, Historical and Environmental Sardinia, recognized by UNESCO.

Reigraxius
This ancient mine of lead, silver and zinc was already active in 1852 when there were resumed mining excavations of Roman and Pisan age.
Mr. Tito Frau also extended the concession to the minerals of zinc in 1898, before selling the mine to the Società Monteponi in 1913, which was allowed to unify the concessions of Reigraxius, Marganai Perdu Charter – Perdu Adria.
The research in mining mine Reigraxius concentrated in the area of​Santa Barbara (Galleria San Giovanni) and St. Anthony (Scott Gallery), through extraction wells and galleries.
The lead and zinc were transported with the use of oxen carts in Domusnovas through the Cave of San Giovanni and then to Cagliari to be boarded (was later built a railway line to the station of Museums, and then from here to the port of Cagliari). Before the construction of the road to the cave of San Giovanni (built in 1866), it was necessary to pass the top of the mountain of the cave traveling on a path called “sa ia de fenugus”.

Monte Linas
The mountainous area of Monte Linas is located in the heart of the Iglesiente, in the south-eastern Sardinia. The mountain is essentially constituted by two geo-morphologically distinct areas: that of Monte Linas (mainly granite) and Marganai (shales and limestones) on which stands the Punta Campu Spina. The two areas are connected by Oridda.
Of particular interest to the botanical point there are some medicinal herbs like chamomile, calendula and belladonna. The lush oak forest is populated by wildlife including the Sardinian deer, wild boar, mouflon, fallow deer and the golden eagle. Una part of Monte Linas houses the Cultural Park Giuseppe Dessì, a Sardinian writer who in 1972 won the prestigious Strega Prize for her novel “Paese d’ombre” one of the masterpieces of Sardinian literature.

Lino Cianciotto, naturalistic guide and professional photographer, is a profound connoisseur of the south west of Sardinia.
Collaborate with the Trail del Marganai since its conception, providing the main ideas on the routes and places that are touched.

He has published several guides that illustrate the paths within the network of routes in this almost unknown corner of Sardinia.

For those who want to learn more: 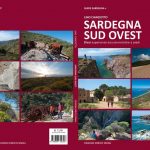 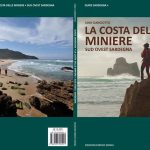 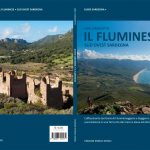 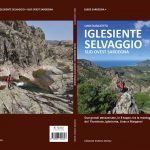