Here are the paths of the Marganai Trail 2020 between news and confirmations.

To begin with, even if you find them on the site menu, these are the links to the related pages: 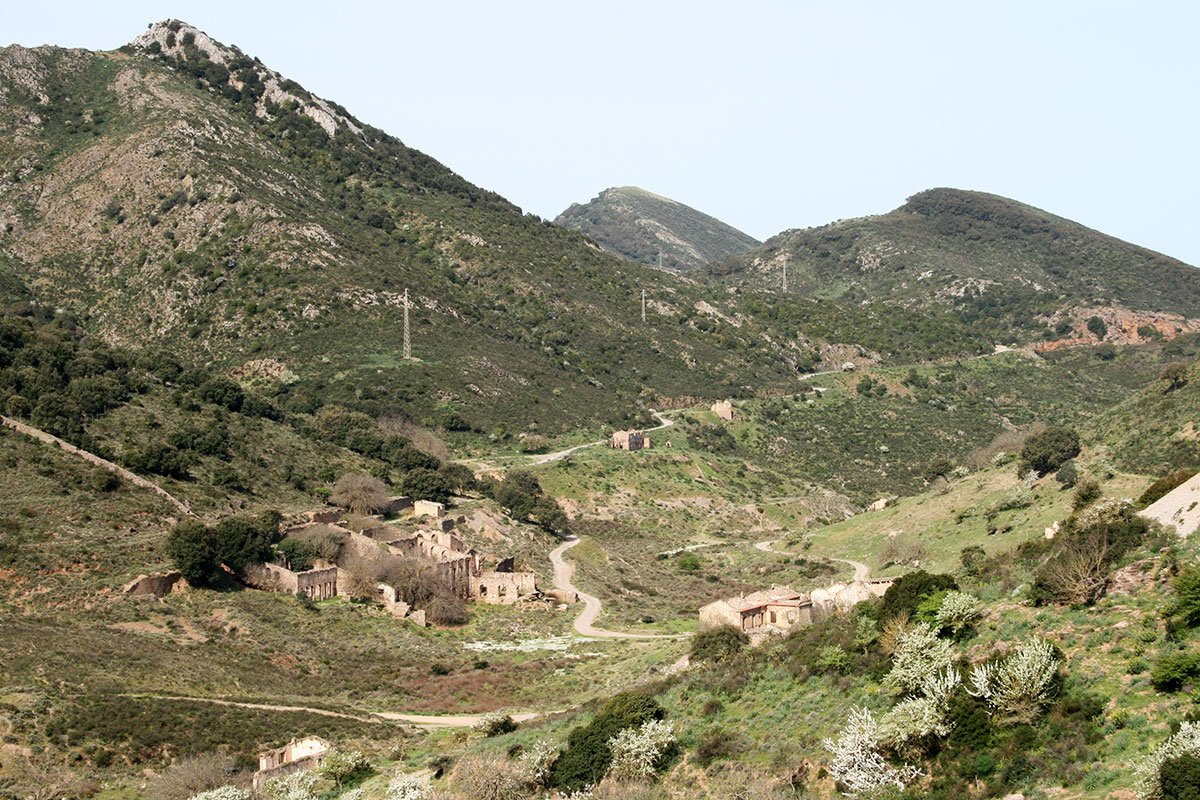 Tracks with relative distances and altimeters are still for a few weeks to be considered temporary, that is, they could still undergo some minor modification or adjustment.

All the routes will start from the town of Buggerru and without delay along the coast they will proceed inland.

The 22 km has a completely new path.

The 34 km is almost completely new, because it shares with the tracks of the past editions the segment from the Temple of Antas to the caves of Su Mannau which however will be done in the opposite direction to what was done previously.
For those who have already covered it, in this edition it will be downhill!

The 56 km track is the one that keeps the most distance with what was done in past years.
From the Temple of Antas we will continue along the Roman Cave path and head towards Malacalzetta.
Once left the ruins of the buildings of the old mines, we face the climb that instead of going towards the descent to the mines of Reigraxius will stretch up to the Punta Campu Spina, the highest point of all the routes.
From here, after the big descent into the woods, we will head towards Arenas and, kilometer after kilometer, up to the vaults of the Su Mannau Caves.
Here he will rejoin us on the new section of the 34 until we arrive.

The last kilometers of all three races will offer a spectacular view of the coasts of Buggerru and Fluminimaggiore.

Soon we will begin to publish photos of new features.

For registration, just a little more patience. Soon you start!

Contributing in some way to charity is one of the objectives that the Trail del Marganai has always tried to pursue.

In previous editions we gave our contribution by supporting voluntary associations that guarantee us safety during the event, buying and donating portable DVD players with cartoons for their little guests to the pediatric CTO of Iglesias, contributing to the preparation of the inclusive play area in Domusnovas.

In line with what has been done in the past, we have decided that this year two euros for each registered will be allocated to a social project that we will shortly define.

Now it is up to all of you, with your inscriptions, to determine what the amount to be allocated to the next project will be!

Lucky you, athletes: in the first part of the race, you cross the Cave of San Giovanni, a very few km from the starting line…in this way you can get immediately an idea of the natural beauty of this corner of southwest Sardinia. Located in the territory of Domusnovas, nearby Iglesias, the natural cave is a fine example of a karst phenomenon generated by the flow of an underground river and is excavated in the oldest limestone rocks of the island, dated millions of years. The cave was already used in ancient times, as evidenced by the last remains of a megalithic wall, that probably closed the southern entrance during the pre-nuraghic age.

Its uniqueness is due to the presence within its tortuous and sinuous tunnel, of a paved road that extends for all its length of 850 m, making it the longest road-crossed natural cavity in the world! Only two other similar caves exist on the entire planet: one in France (the Grotte du Mas-d’Azil, in the Pyrenees) and one in Australia (in the Grand Arch of the Jenolan Caves, in Oberon).

The road was created in the 19th century in order to facilitate the transport of material from the nearby Sa Duchessa mine. Today it is no longer suitable for vehicles, since it was recognized as a natural monument and subject to restrictions. 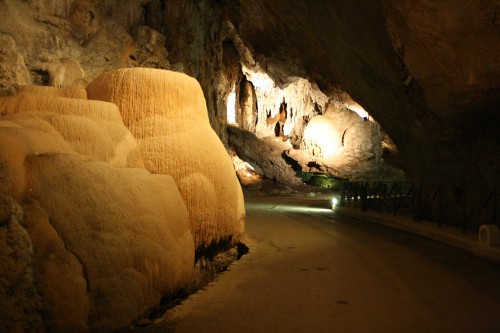 Currently the road is used by visitors to admire the beauty of the cave, in which flows a stream, originating from the Oridda valley. Stalactites and stalagmites decorate it remarkably. Large calcareous basins overlapping each other form real rock falls.
Both the North and the South entrances are well-known among the climbers, who chose these walls all year round as an challenging training option!

Good to know:
– entering from the south side on the left opens a cavity called “Su stampu de Pireddu” (Pireddu’s cavity), which is the most interesting active branch, consisting of a series of galleries and narrow tunnels for a total development of 2 km, characterized by the presence of underground lakes. The name is due to an ancient bandit (Pireddu is a Sardinian family name) who, it seems, found shelter there.

– The name of the cave of San Giovanni derives from a cavity in the interior used in the past as a rock chapel dedicated to Saint John and demolished when the construction of the road began. Thus the small church of San Giovanni was built in the immediate proximity of the south entrance.

Sorry, this entry is only available in Italian.