After less than a kilometer from the starting line, you will cross the Henry Gallery in loc. Planu Sartu, the most important mining facility close to Buggerru.

Excavated in 1865, it was used for the rail transport of ores from the underground to distant washeries. Located 50 meters above sea level and the built-up area of Buggerru, it crosses the local plateau for about a kilometer.

If the original purpose was to facilitate the transport of metals from the local mines to the port of Buggerru, now it turns out to be a place of rare beauty, thanks to the breathtaking sea views it offers.

This passageway dug through the rock is impressive: the size was determined by the use in 1892 of a steam locomotive. It was part of a modern railway network that soon replaced the slow and expensive transport by pack animals, such as mules.

The gallery is a sort of suggestive labyrinth: secured, illuminated and endowed with indications, it is now accessible in complete safety. Its uniqueness consists in a perpetual relationship with the cliff on the sea through its minor tunnels and walkways carved, like windows, in the rock. Thanks to these openings you may enjoy suggestive views of the coast overlooking the sea. 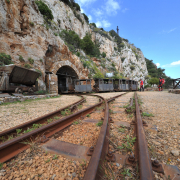 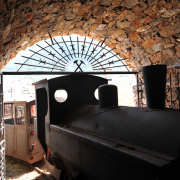 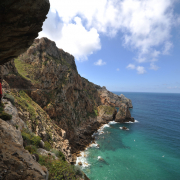 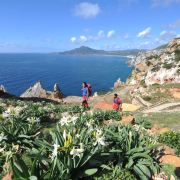 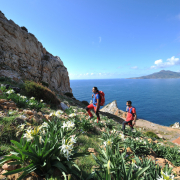 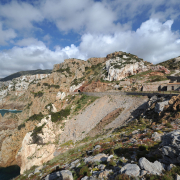 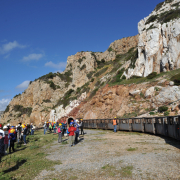 The photographic copyrights belong to  Lino Cianciotto . We are publishing the photos with the permission of the owner.